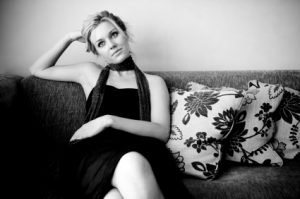 Nowadays, children spend much more time in front of the television set and less time playing than they did decades ago. This info trailer is about a campaign LEGO led to encourage children to view less television and play more, while still using the media as a promotional means. With the support of the Nickelodeon.de channel, LEGO accomplished its goal. Nickelodeon television went off the air for six hours on May 28, 2010, and told children to go play. Up to that point, the manufacturer had advertised legally on the channel, giving parents and children the chance to buy their products. The outcome of the campaign exceeded expectations, since parents and children did play, sales for LEGO increased exponentially, and Nickelodeon’s acceptance as a TV channel for children grew among parents. The title of the music used for this trailer is most appropriately called “Got better things to do”, and it is by Frank Herrlinger. You may find it in the Proud Music Library.

What is a commercial?

The Proud Music Library offers music titles for its use in commercials, such as, for example, in promotional films. A commercial is usually, in a nutshell, a promotional production that advertises a product or service. The target is the end user. This happens generally through media such as TV, radio, websites, and mobile phones, commercial spots on DVD or the like.  Data carriers are rarely found.

In this respect, licensing for the use of music titles from the Proud Music Library is paid in lump sum. This means that the use does not depend on the frequency with which a spot is projected or on its length. There are standardized commercial licenses (for example, for TV or online advertising), which limit the use to one year. The Proud Music Library also offers the so called “buyout” licenses. Just send an individual license request indicating the area of use (worldwide, across Europe, or individual territories), the period of use (one or 2 years), and the degree of dissemination or type of use (TV, Websites, third party site, etc.). License combinations are also possible, which, for example, include only TV/radio, TV/Internet, or Internet/radio.

With the use of so called “completely royalty free music” from the Proud Music library there are no charges to pay to any collecting society like ASCAP, BMI, PRS, GEMA, etc.. It means not music for free or gratis music. This is valid also in the case of buyout licenses for royalty-free music! Should the commercial spot be inserted on TV and radio, there would be likewise no charges for the repertoire, as long as the TV or radio station has a flat rate contract with a collecting society.  This also proceeds in the case of cinema advertising, depending on whether the movie theater operator also has, in this case, a flat rate contract with a collecting society.

In the film industry the term temp track means tracks, which are used by the cutter or director to test different impressions/moods of the music/screen-combination before composing the final soundtrack.

E.g., A temp track allows a cost-saving and risk-free trial and error of different types of music and cutting rates. Afterwards the temp tracks will be replaced by the specially composed and produced music.

The Proud Music Library affords the possibility to use temp tracks also for royalty free music. You can download preview versions of all our titles, use those as temp tracks for your projects, test different styles of music and titles and then select the final choice.